SCOTLAND’S IRON AGE BROCHS
Over the past few years, I have travelled to the Isle of Mull and archipelagos of Orkney and Shetland exploring and documenting evidence of our Neolithic stone age ancestors in short films and earlier blogs. In a world where everything was made from wood, plant materials, antler, bone and stone, the richness of their cultures and cosmology has been astonishing.
However, I also found amazing structures from the next revolutionary period: The turbulent, tribal and somewhat disturbing developments that came with the Iron Age.
IRON AND A NEW REVOUTION
The iron age brought an end to the closing chapter of the stone age. People had previously learnt to smelt copper and alloy it with tin to form bronze. But cast bronze is brittle and its practical usage was limited. The form of items made in the bronze age closely mirrored those of the preceding Neolithic. Archaeologists have speculated that the purpose of these artefacts was principally ceremonial or ritual.

Another disadvantage of bronze is that copper and tin are rarely found anywhere near one another. And, though copper is easy to find, tin is a relatively rare metal. The collapse of trading structure at the end of the Bronze age forced early metallurgists to experiment with iron. Iron itself is not much harder than bronze, but it was discovered that adding about 2% carbon produced steel.

Steel could hold a better edge and made for superior tools which further revolutionised agricultural efficiency. Steel also made better weapons for people to intimidate, injure and kill each other. Communities responded by making defensive structures, such as the hill forts of southern England or the Broch roundhouse buildings found throughout Atlantic Scotland. Archaeological examination of skeletons from this time shows terrible cutting and slashing wounds, leading to conclusions of strong tribal identities within the population.
Brochs' close groupings and profusion in many areas may indeed suggest that they had a primarily defensive or even offensive function. Some of them were sited beside precipitous cliffs and were protected by large ramparts, artificial or natural. Often they are at key strategic points.
However, there may never have been a single common purpose for which every broch was constructed. There are differences between the various areas in which brochs are found, with regard to position, dimensions and likely status. For example, the broch "villages" which occur at a few places in Orkney have no parallel in the Western Isles.

Interpretation and reconstruction of brochs indicate these structures had multiple uses. As a home, storage for foodstuffs, stabling for animals, as well as being defensive.

Generally, brochs have a single entrance with bar-holes, door-checks and lintels. There are mural cells and there is a scarcement (ledge), perhaps for timber-framed lean-to dwellings lining the inner face of the wall. Also there is a spiral staircase winding upwards between the inner and outer wall and connecting the galleries.
Brochs vary from 5 to 15 metres (16–50 ft) in internal diameter, with 3 metre (10 ft) thick walls. On average, the walls only survive to a few metres in height. An example of a broch tower with significantly higher walls is Mousa in Shetland.

The Shetland Amenity Trust lists about 120 sites in Shetland as candidate brochs, while the Royal Commission on the Ancient and Historical Monuments of Scotland identifies a total of 571 candidate broch sites throughout the country.
Radiocarbon dates for the primary use of brochs (as opposed to their later, secondary use) still suggests that most of the towers were built in the 1st centuries BC and AD. A few may be earlier, notably the one proposed for Old Scatness Broch in Shetland, where a sheep bone dating to 390–200 BC has been reported.

GURNESS BROCH – North West Mainland Orkney
In common with about 20 Orcadian broch sites include small settlements of stone buildings surrounding the main tower. There are "broch village" sites in Caithness, but elsewhere they are unknown.
Settlement here began sometime between 500 and 200 BC. At the centre of the settlement is a stone tower or broch, which once probably reached a height of around 10 metres. Its interior is divided into sections by upright slabs. The tower features two skins of drystone walls, with stone-floored galleries in between. These are accessed by steps. Stone ledges suggest that there was once an upper storey with a timber floor. The roof would have been thatched, surrounded by a wall walk linked by stairs to the ground floor. The broch features two hearths and a subterranean stone cistern with steps leading down into it (resembling the subterranen chamber at Mine Howe, Tankerness). It is thought to have some religious significance, relating to an Iron Age cult of the underground.
The Gurness Broch's  location is facing Midhowe Broch on the opposite shore of Eynhallow Sound. Perhaps as a highly visual projection of tribal strength. But also, the building materials for each of these brochs are easily taken from the rocky flagstone outcrops on each shoreline. Thus readily enabling increases in size and complexity of the broch settlement structures, as well as projection of tribal strength.
MIDHOWE BROCH – Rousay, Orkney
Midhowe Broch is situated on a narrow promontory between two steep-sided creeks, on the north side of Eynhallow Sound. The broch is part of an ancient settlement, part of which has been lost to coastal erosion. The broch interior is crowded with stone partitions, and there is a spring-fed water tank in the floor and a hearth with sockets which may have held a roasting spit.
The broch is surrounded by the remains of other lesser buildings, and a narrow entrance provides access into the defended settlement. The other buildings seem to have been built as adjacent houses, but later in the site’s history they were used as workshops, and one of these buildings still retains its iron-smelting hearth

MOUSA BROCH – opposite Shetland mainland, located by the sea.
In Shetland they sometimes cluster on each side of narrow stretches of water: The broch of Mousa, for instance, is directly opposite another at Burraland in Sandwick.
Mousa's walls are the best preserved and are still 13 m tall; it is not clear how many brochs originally stood this high. A frequent characteristic is that the walls are galleried: with an open space between, the outer and inner wall skins are separate but tied together with linking stone slabs; these linking slabs may in some cases have served as steps to higher floors. It is normal for there to be a cell breaking off from the passage beside the door; this is known as the guard cell. It has been found in some Shetland brochs that guard cells in entrance passageways are close to large door-check stones.

Although there was much argument in the past, it is now generally accepted among archaeologists that brochs were roofed, perhaps with a conical timber framed roof covered with a locally sourced thatch.
Mousa Broch continued to be used over the centuries and is mentioned in two Norse Sagas. Egil's Saga tells of a couple eloping from Norway to Iceland who were shipwrecked and used the broch as a temporary refuge. The Orkneyinga Saga gives an account of a siege of the broch by Earl Harald Maddadsson in 1153 following the abduction of his mother who was held inside the broch.

CLICKIMIN BROCH – Lerwick, Shetland
Originally built on an island in Clickimin Loch, it was approached by a stone causeway. The broch is situated within a walled enclosure and, unusually for brochs, features a large "forework" or "blockhouse" between the opening in the enclosure and the broch itself.
OLD SCATNESS BROCH – Sumburgh, Shetland
Located close to arable land and a source of water (some have wells or natural springs rising within their central space).

JARLSHOF BROCH – Sumburgh, Sheltland
The remains at Jarlshof represent thousands of years of human occupation, and can be seen as a microcosm of Shetland history. In a similar story to the discovery of Skara Brae in Orkney, a storm in 19th century washed away part of the shore, and revealed evidence of these ancient buildings and one of the most complex archaeological sites in Britain.
Buildings on the site include the remains of a Bronze Age smithy, an Iron Age broch and roundhouses, a complex of Pictish wheelhouses, a Viking longhouse and a mediaeval farmhouse.
THE END OF THE BROCH PERIOD

Most brochs are unexcavated. Those that have been properly examined show that they continued to be in use for many centuries, with the interiors often modified and changed, and that they underwent many phases of habitation and abandonment. The end of the broch building period seems to have come around AD 100–200

INSPIRED BY STONE
Our stone age crafts made in Hayfield are inspired by the human journey from paleolithic beginnings to the Viking era. Ranger Expeditions also offer challenge trekking days and discovery themed walks guided by local Mountain Leaders.
http://rangerexped.co.uk/index.php/stone-age-crafts/ 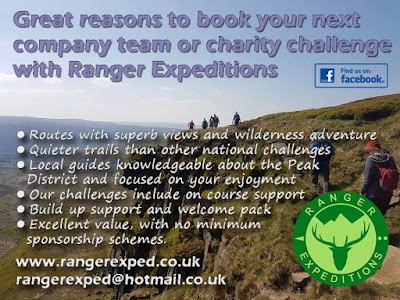