A low bank of grey cloud obscured the horizon. I had hoped to watch the sunrise as I had before, the fiery ball casting hues of magenta, pink and orange before the mid-morning heat. It didn't matter. The tide was in, covering the firm flat sand on which I had enjoyed fast interval training last time I was here. Above the watermark was soft powdery white sand. Not ideal, but it didn't matter.

Because Kipepeo is a long stretch of beach that speaks to me every time I see it and it begs me to run. Every morning in the early light, Tanzanians stride out, with running legs chopping through the soft silica in an easy, effortless style. The air was charged with an infectious warmth, focusing the mind with clarity and building expectation in my limbs. But after a month on multi-phase expedition, my muscles and tendons felt tight. Trekking, community project work and safari had been interspersed with several long journeys on the Tanzam highway whilst confined to a small seat with little leg room on coaster buses.

I stretched, not too deeply at first, then set off. Too fast, I slowed down, finding a more comfortable cadence. Gradually, as movement became more fluid, I dialed into the sweet zone. There was peace and stillness, no rush of wind in my ears, just the swoosh of the Indian Ocean as each ebb and flow gently broke and scooted up to the high tide mark.

There is a saying in Africa: In the morning, the lion runs for its prey and every morning the gazelle must run faster to stay alive. So, no matter who you are, in Africa, when the sun comes up, you'd better be running.

East Africa has been food for my soul since my first visit over 12 years ago. But, it has been a far from easy decade. The injustice of bad things happening to good people with alarming regularity has sharpened the mind somewhat. It was a major influence, among others which were rapidly stacking up at the time, in a decision to abandon the gravy train. To refuse to be a slave to a system of false hopes and empty promises. To get back to a life focused upon the enjoyment of experiences. 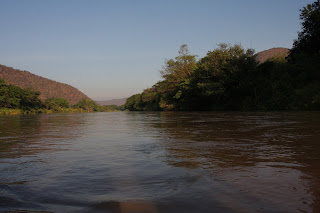 This was my last day in-country and for the past couple I had been fending off a melancholic sadness at the prospect, as if parting from an old friend. I ran faster, like the antelope. It had been a good month, indeed it was a month filled with firsts; crossing the Great Ruaha River in a dug-out canoe, trekking in the Udzungwa Mountains, visiting Mikumi National Park and leading my group to summit Mount Rungwe. We had traveled from Dar es Salaam in the east all the way to Mbeya in the west and back again, crossing almost the whole width of Tanzania. 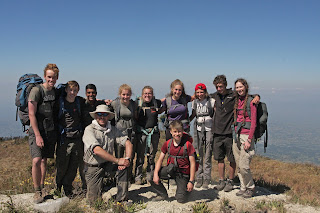 At a roadside restaurant, we had met a Belgian couple cycle touring from Dar to Malawi. I recognised them as our coaster bus had passed them the previous day. As they refueled with fresh oranges and grilled meat from the braai, we talked bikes, gears and kit, like cyclists tend to do. They planned to go all the way to Lake Malawi before returning to Dar on the under-utlised and chronically under-funded Tazara narrow gauge line. Virtually all freight and fuel is transported by lorry along the Tanzam highway to west Tanzania. With a little foresight and investment, it wasn't a huge leap of imagination to realise how much could be carried by train.

In the company of Tanzanians, I learnt from Felix our Sisi-Kwa-Sisi trekking guide, one should refer to Lake Malawi as Lake Nyassa. With treaties established under colonial rule, tensions had been bubbling away since independence. Essentially, Felix explained, Malawi has laid claim to the whole of the lake, whilst Tanzania postulates that the border runs along the centre of the lake. The thus far unexploited potential reserves of oil and gas under the lake bed is the cause of frequently raised tensions between the two countries. Locals know when things are kicking off, as vintage military jets fly overhead, rattling the sabre.

Felix changed the subject of conversation. "So tell me about Brexit" he asked.
My head sank in mock despair. "I've come half way around the world and still cannot escape Brexit!".
He laughed, but pursued me further. "What I do know is that politicians have made an awful mess of it and that, in or out, there are a lot of people who feel let down by the whole thing"
"Its the same everywhere" he replied with sage.
"There's got to be a better way" I thought.

Later in the trek, we were joined by local guide Mr. Chaula, who's opening gambit whilst sat around the campfire one evening was:
"So tell me about Brexit?"

River Valley Camp, just outside Iringa, provided an oasis of calm in which to break our journey after a long day on the road. I poured myself a black coffee and sat down on the reception veranda. The veranda was a place vibrant with activity where expedition leaders gathered to oversee final safari and trekking arrangements with the effervescent, Amanda, who put in long hours to ensure each team was taken care of. When the business of the day was done, it became a place where leaders could swap stories, shoot the breeze and talk until the early hours of the morning, all with a never ending cup of Africafe. These were good times.

It was also here that I got talking with an overland biker who had set out from the UK to motor around the continent. Having crossed from Algeciras bay to Morocco he had already rode down the west coast, negotiating the fee for loading his bike on the Congo River, Kinshasa ferry river crossing, down from a ludicrous $200 to $10 over a period of several hours. We shook our heads at the Democratic Republic Of Congo oxymoron. 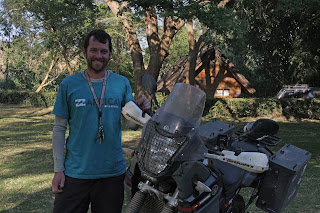 In the conversation, I forgot to note this intrepid adventurer's name, but I saw him the next morning, preparing for the off. He happily posed beside his Yamaha machine of which he was very proud. "Its not new technology, but it will cope with dodgy fuel, you can get parts almost anywhere and its never failed to start". He patted the fuel tank with paternal appreciation. I wished him the best and wandered over to the restaurant for breakfast.

"Life moves pretty fast. If you don't stop and look around once in a while, you could miss it"
- Ferris Bueller

I clicked the shutter release and inwardly laughed as the words from Ferris Bueller's Day Off sprang to mind. The rock pools between the Inner and Outer Sinda islands were full of life. More used to shooting (with a camera!) big game, I had gained my marine safari eyes the day previously whilst ambling through the mangroves and coral shelf at the north end of Kipepeo beach. Louise, one our team School Leaders, and myself were accompanied by fellow Expedition Leader, Rachael, who's zoology expertise gave us a guided tour of this fascinating environment. We found sand dollars, spotted hermit crabs and many other species. Then the moment the tide turned and new water flowed into the pools, hundreds of spider star fish emerged from their crevices, tentacles waving as if seeking a meal. It was an event that occurred every high tide, easily missed, but once seen provided a fascinating enjoyment. 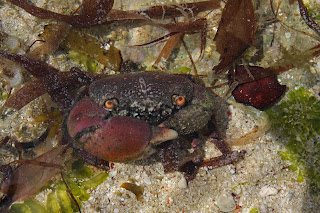 My thoughts returned to the present. I finished my run with a satisfying sprint along the length of the beach. The sun was now a few more inches above the horizon. I walked back up to the beach bar, where the staff had just begun to prepare for breakfast by setting out the coffee and hot water urn. I fixed myself a cup of Africafe, it had become the drink of choice for this trip. I guess, just like many expedition leaders, I am hard-wired to the stuff.  It's a kick start in the morning, an appetite suppressant when food is hard to come by and inevitably its the wide awake club social vice in the evening. At the same bar, in a moment of random serendipity I heard my new cool song...Black Coffee by Everlast.


Every expedition isn't just about the things done and places seen. Its about the people you meet, the friends you make and share time with along the way. It's listening to the story of the person next to you which enriches the experience. Its the camaraderie. It's shooting the breeze around the camp fire, sipping black coffee with fellow expedition leaders and re-telling past adventures late into the night.

It is a quantum of solace.